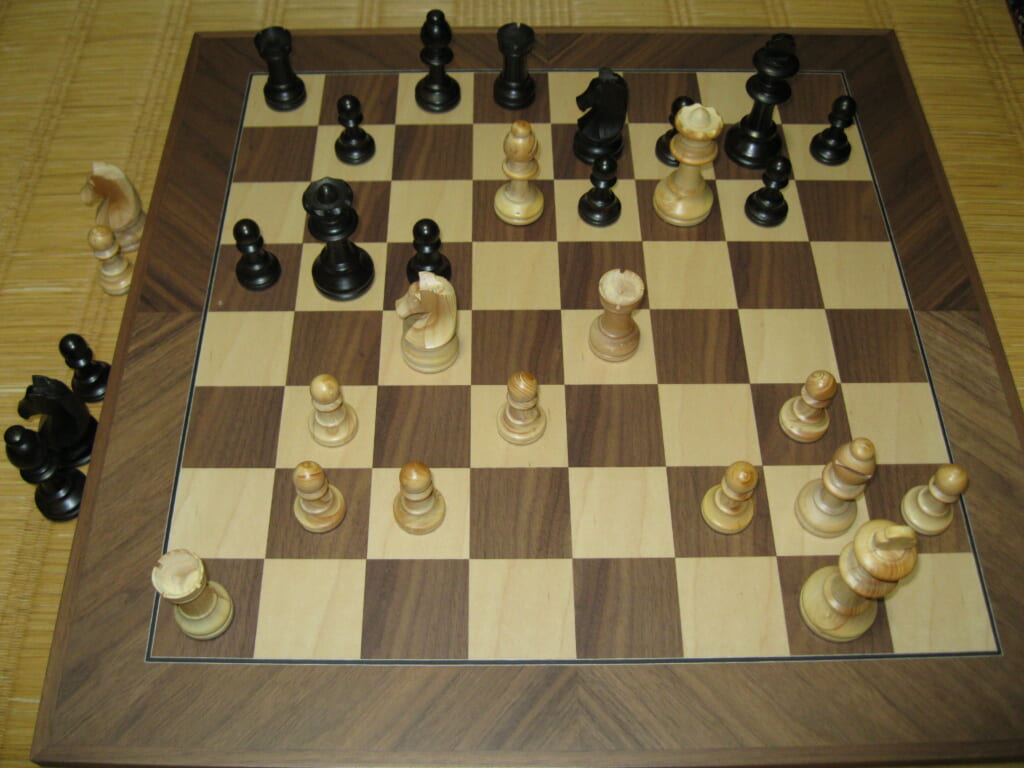 Before thinking about this question, with no doubt, Ruy Lopez needed no explanation about Koryu.

He knew absolutely well how practical a surprise attack was.

“More than 400 years ago, the great player Ruy Lopez (after whom the strongest King-side opening was named) recommended as good tactics placing the board so that the sun shone in the opponent’s eyes!

The chess masters of today have no need of such devices. There are subtler ways to distract an opponent.”

Like this, Irving Chernev starts to show us the game T. Petrosian vs L. Pachman at Bled 1961 in his book “The Most Instructive Games of Chess Ever Played: 62 Masterpieces of Chess Strategy”.

And he draws our attention to what the wily Petrosian conjures in the game, and “When so eminent a theoretician as Pachman can be caught by surprise almost in the opening, there is reason to believe that the rest of us can also learn something from Petrosian’s ideas in this game.”

And about Petrosian, Garry Kasparov also shows us in his book “How Life Imitates Chess” like this: “Petrosian perfected what chess players call prophylaxis: the art of preventative play, strengthening your position and eliminating threats. Petrosian defended so well that his opponent’s attack was over before it started, perhaps even before he’d thought of it himself. His perfect defenses would leave opponents frustrated and prone to making errors, and Petrosian, alert to every small opportunity, exploited these mistakes with ruthless precision.”

It’s a point of Koryu, especially Jujutsu(柔術), because usually Arts of Koryu is needed at a situation with a lack of luck.

In Koryu, we usually practice Kata(形) again and again. Kata(形) has a lot of variations, but it  usually starts from a surprise attack by one or several opponents.

So, in Kata(形) training of Koryu, we can learn how to checkmate or to be at least a draw in several moves from our bad or too bad position which the opponent expects no surprise by us.

Yes, certainly here is ‘Surprise! Surprise!’, not one but double.

Today on the broadcasts 2021 FIDE World Cup (Round3-Game1) with GM Evgenij Miroshnichenko, when they watch the game GM Jorge Cori (PER) vs GM Javokhilr Sindarov (UZB) , GM Nigel Short mentions about one of finest chess players in the world in the 1970s, Oleg Romanishin, who notched up victories against Petrosian, Spassky, Tal, and various others. Nigel says, “He(Oleg) was telling me about the story about this type of a position. It was the first time he saw Petrosian playing Bishop takes c3 and shuffling around, and he was very very surprised to see this, maneuver, and he said Petrosian’s comment was, I mean, this was completely obvious, that the guy had played strategically in actuality, (*Sorry, if I fail to catch his words exactly.) … in some different expression.”